June 3, 2021, Singapore: Diginex Limited (Nasdaq: EQOS), a digital assets financial services company, today announced that EQONEX, its cryptocurrency exchange has been awarded an “A+” ranking on Nomics[1], one of the leading independent crypto exchange data providers.

As a regulatory-focused exchange, EQONEX is committed to bringing transparency, fairness and trust to the crypto industry. EQONEX’ ranking on Nomics places the exchange in the Top 20 crypto exchanges globally, and Top 5 in Asia, for both transparency and volumes, despite the exchange only launching publicly in July 2020.

EQONEX continues to deliver record daily volumes and exceeded US$3 billion in volumes for the month of May 2021. This represents a daily average volume of over US$100 million in May 2021, an increase of 70% compared to average volumes April 2021, and over seven times the average daily volumes in the first quarter of calendar 2021.

Nomics awards its transparency rankings based on its ability to fully integrate its API and read historical and current volumes and trading data. It provides access to clean, normalized and gapless primary sources of trade and orderbook data for crypto exchanges and provides a rating based on the visibility of the exchange. The “A+” distinction means that Nomics has vetted an exchange’s trade history and verifies that an exchange meets the highest reliability, consistency, and data integrity standards. EQONEX is currently the top ranked “A+” exchange in Asia and second ranked “A+” globally.

Richard Byworth, CEO at Diginex, said: “This ranking from Nomics, which is an independent provider of data across global crypto exchanges, highlights our commitment to being a leader in delivering a compliant and trusted platform that is necessary for greater widespread adoption of crypto currencies.”

“Transparency and oversight are key to the whole Diginex ecosystem as we have built out each of our businesses with a focus on regulation. Digivault was recently approved as the sole standalone custodian under the FCA’s AML regulation, our asset manager operates out of Switzerland under the ARIF program and our capital markets business operates under an FCA regulated entity in the UK.” 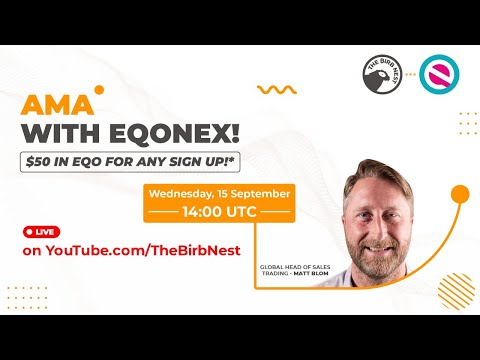 Happy Birthday! Celebrating One Year of EQONEX with a Look Back

While today is a day of celebration, we’d also like to take the opportunity to reflect on some of our successes over the last year.

EQONEX is a cryptocurrency exchange focused on offering innovative products and services that are compliant, fair, and trusted.