December 16, 2020
Gold is prestigious. Bitcoin is exciting. Gold is well understood worldwide. Bitcoin is still emerging as an investable asset for many people. Both have significant advantages - and some disadvantages - but what are they and which should you invest in? For professional investors and individuals alike, this debate has become louder as traders assess which asset represents a better hedge.

Gold has been a store of value for centuries. It’s universally recognized and respected. It has traditionally been regarded as a hedge against inflation, and more recently been also considered as a tonic for central bank stimulus. In the past, many central banks also stored gold as an alternative store of value and would back the amount of cash circulating in the economy with an equivalent amount of gold, in what was known as the gold standard. Most modern economies have now moved away from the gold standard, but many of the world’s largest economies, including the US, China, and Germany still hold large gold reserves. Over the last ten years, gold’s highest price has been $2067, while its lowest price was $1049. As such, it’s considered a stable investment.

Bitcoin is a very new store of value by comparison, and has been much more volatile. This means as a short-term investment, it’s often possible to get a large return. In 2020 however, Bitcoin has been increasingly recognized for its low correlation with traditional assets and its fixed supply. In a year when ‘money printing’ by central banks reached new highs, many professional and institutional investors have opted to invest in Bitcoin instead. Furthermore, many central banks have started to experiment with digital assets and are working on developing their own Central Bank Digital Currencies, albeit unlike Bitcoin, these would be centralized. Bitcoin started trading over 11 years ago at $0.0008 to $0.08 for a full coin. While Bitcoin’s value has risen astronomically, there have been a number of major rallies and crashes during that time.

Gold generally cannot be used in place of fiat currency in day-to-day transactions, and investors use it primarily as a store of value. On the other hand, Bitcoin is increasingly becoming accepted as a currency in its own right by major retailers and financial institutions at selected branches and outlets. PayPal, Cash App, and Revolut all accept digital currencies, while well-known retailers including Starbucks, Microsoft, and Home Depot have said that some of their branches will accept payment in cryptocurrency.

An estimated $5 billion in crypto currency was spent in 2018, and with more retailers offering customers the option, that seems likely to rise. For individuals who want to be able to access and spend their money easily, Bitcoin is a much more straightforward option than selling your gold for cash.

As a physical item, gold needs to be stored somewhere safe and secure. If you hold it in your home, you need a safe or vault, which would still be vulnerable to being stolen. For most investors, a safe deposit box at a bank is the better choice.

Bitcoin is easier to store, as it is a digital currency, but it is still vulnerable to being stolen. Digital wallets that are connected to the internet can be hacked, whereas those that are stored offline, such as on a USB stick, can also be lost or stolen. As crypto becomes more established, digital currency exchanges like EQUOS offer investors a higher level of transparency and security, making it safer to invest with them. Custodians such as Digivault are built into exchanges and offer highly secure, offline infrastructure, with architecture that is aligned to insurance industry best-practice and Government cryptographic standards.

For savvy investors, a foot in each camp may be the way forward. Gold is unlikely to yield a massive profit, but it is a steady and reliable long-term investment, even in uncertain times. In the short to medium-term, however, Bitcoin is more flexible and more likely to make a significant profit.

A balanced investment portfolio that allows for opportunistic wins as well as hedging against risk may include both assets as well as stocks.

The difference now, however, is that Bitcoin is now accepted as an asset that should be considered for all investment portfolios, in addition to, or even as a replacement for, gold. This was not even a discussion point just 10 years ago. Bitcoin has become a permanent feature of the investment landscape and has a legitimate place in all portfolios. 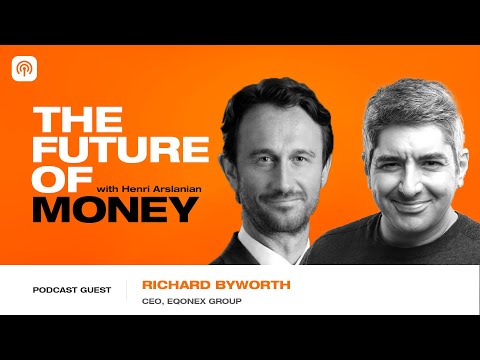 The Future of Exchange Tokens with Richard Byworth and Henri Arslanian

What is the future of exchange tokens for crypto exchanges? Can DeFI exchanges be a threat to centralized exchanges? What challenges are banks facing when entering the crypto space? Watch EQONEX CEO Richard Byworth and PwC Crypto Leader Henri Arslanian on the Future of Money Podcast.

On Sunday, Bitcoin posted its fourth negative difficulty adjustment in a row. The difficulty rate has almost halved since mid May.

With global cryptocurrency market capitalization comfortably over $2 trillion USD, the question for institutional investors and traders is not whether they should enter crypto markets but how to do so in a manner that protects their investments, hedges against risk, and meets regulatory requirements.